A recent and very welcome addition to the small team of fliers of rocket powered free flight models is Martin Lambert. Martin is a superstar of reaction powered model flight as he is the designer and manufacturer of a range of miniature gas turbines, the Kolibri range. These units are engineering which masterpieces generate up to 5 kg of thrust and, of course  are intended for large radio control models.  Last year I paid a visit to Martin’s workshop which is rather north of me here in Munich and a little south of Frankfurt.

When I visited him Martin demonstrated one of these turbines in his test area. He has a grown up version of the thrust test rig that I use for testing the Tendera motors and a very well appointed workshop and test chamber.

Martin also has a collection of model aircraft piston engines some of which have been modified by him for radio control. I recall, I think, a Frog diesel which has had an R/C throttle added to it.

Martin also showed me a video of another one of his brainchildren, this was a hybrid rocket motor using nitrous oxide, which is available as a propellant for whipped cream, and I think celluloid as the fuel component of this hybrid motor.

Martin is a master craftsman and modelling custom canopies is but one of his skills. 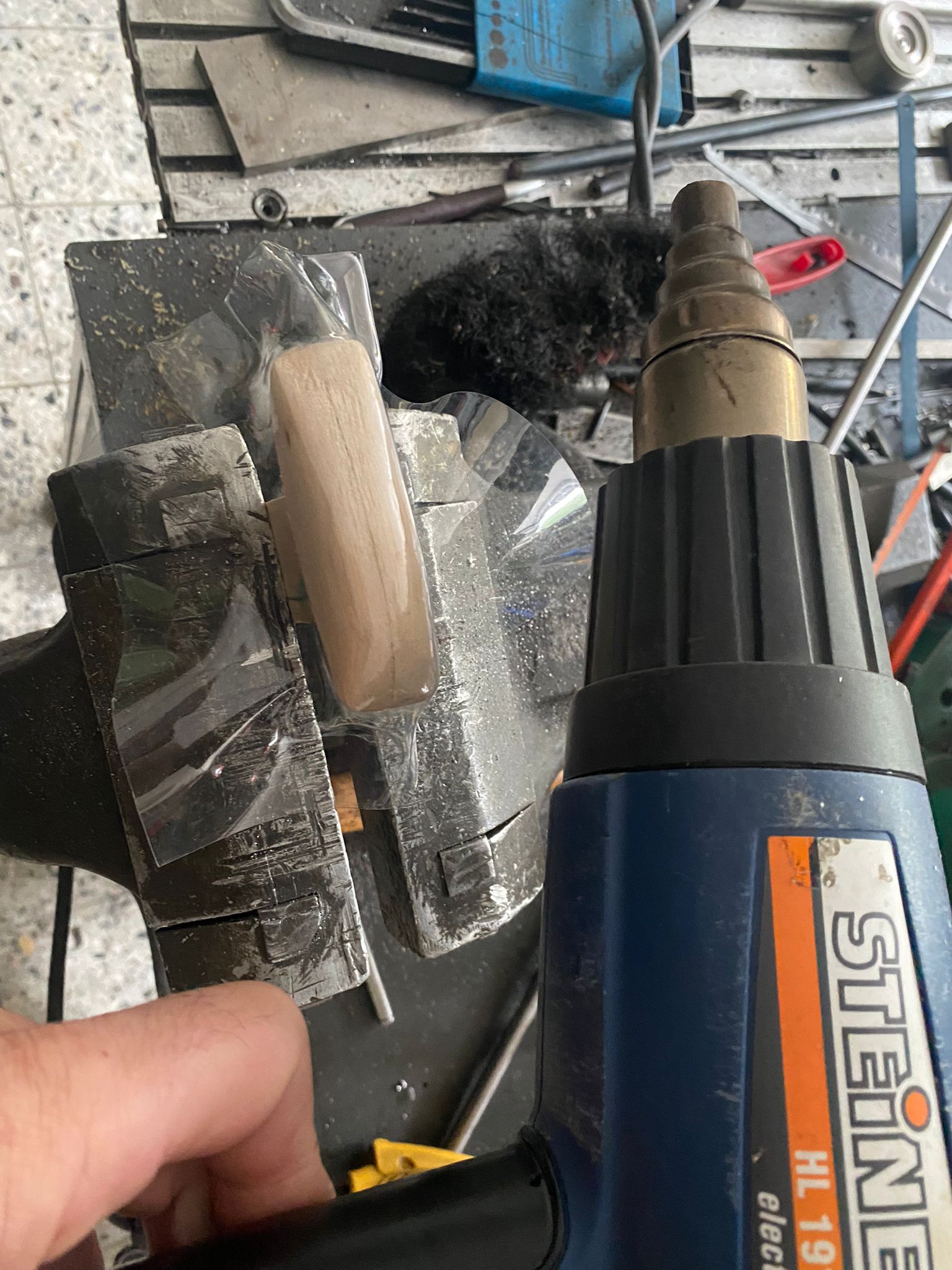 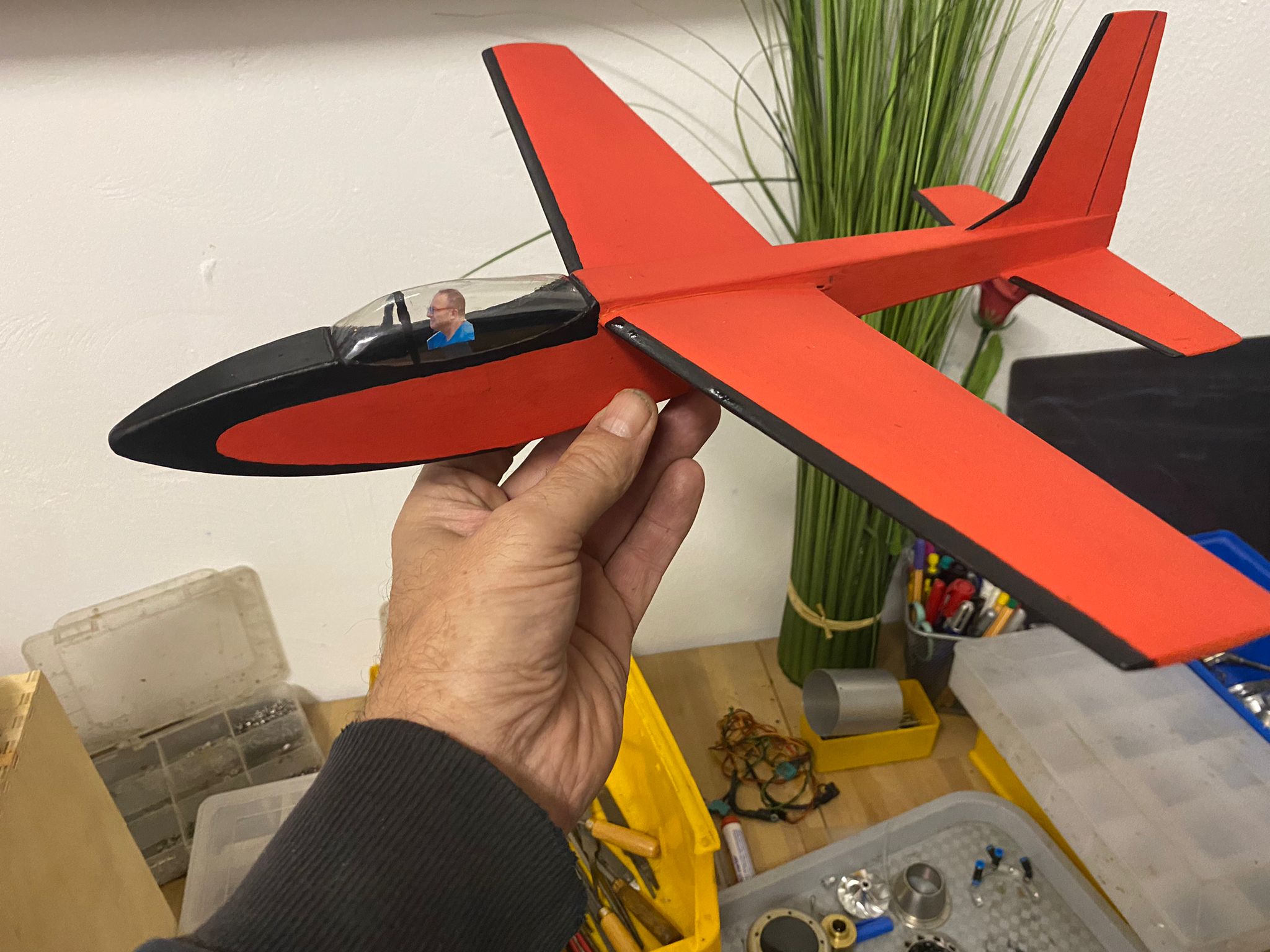