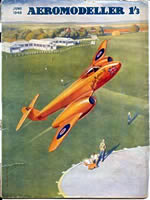 Click on any question to reveal the answer below.

If you still can't find the answer to your question? If you post a message in our Discussion Forum and pose your question there, you'll be able to tap into the collective wisdom of our 250 members from all round the world.

Do you make Jetex motors?

No. those associated with Jetex.org are simply Jetex enthusiasts. Roger Simmonds has some Jetex memorabilia for sale – books and tee-shirts, but not motors. Jetex.org has no formal relation to the pioneering individuals who invented and manufactured the Jetex product line. You can find out more concerning the creators of the Jetex.org website on our About page. Our primary goal is to bring the small yet geographically diverse rocket plane community together by providing an information service.

Is anyone still making Jetex motors, fuel, and fuse?

No. The last Jetex products came off the assembly line in 1972, so it has been quite a while since they went out of production. You can find out much more about the exact details in our History section.

In short, there were two companies involved in the manufacturing of Jetex products. Wilmot, Mansour and Co. Ltd. brought the concept to the market in 1948 and continued through the mid 1950s. Sebel took it from there until production ceased. Powermax made ‘Jet-X’ motors and pellets until around 2009 and their pellets should be used with caution in old motors. Beware of ‘Jetex fuel formulae’ sold on eBay and elsewhere.

It is better to use old stocks of genuine Jetex motors and fuel, and Roger Simmonds has links to supplies of fuse and, occasionally, other Jetex accessories.

There is an excellent motor, fully equivalent to Jetex, that is made in Poland, the TSP range of motors.  These motors are  single-use – a small cardboard tube with a ceramic nozzle. You use the motor once and then discard it. Please ask about current availability.

Apart from the spelling, what is the difference between Jetex and Jet-X?

Jet-X, made by Powermax, was a similar concept (a reloadable metal motor) but came about much later. Production began in the mid 1990s and ended around 2009. Results have been variable in terms of certain vintages of fuel and overall weight of their 1997 Z series motors remains a concern.

I can't find any of this stuff in my local hobby shop. Who sells it?

We have an extensive listing in our Links section. Products and suppliers change from time to time. We keep our listings up to date and we recommend that you check that page often for new updated information.

I have an old Jetex motor. What is it worth?

It’s impossible to give a specific price on something like this. If you have one of the smaller, more common, ones that you flew with back in the 1950s or 60s (which would make it used … possibly very used) it probably isn't worth more than a few dollars or pounds. It is worth much more if it has never been fired and in its original package complete with various accessories. Some vintage Jetex motor outfits, especially the large sized ones, are quite collectable. Our Motors section shows most of the better known examples.

Collectors will collect anything! Large collections of motors in boxes etc are the aim of some modellers, others buy motors so they can be used for their original purpose. Enthusiasts will pay a lot of money for certain rare Jetex motors and it’s not unusual to find hundreds of pounds, dollars or Euros changing hands on eBay and at swapmeets.

I was hoping to fix up an old Jetex motor and fly with it. Can I do this?

This is certainly possible! There are enthusiasts using vintage motors to power their model planes or hydroplanes who have a good supply of vintage motors, fuel, and spare parts who will be happy to help you achieve your ambition. Motors for use, battered but usable, can be found on eBay, and Roger Simmonds can put you in touch with modellers with spares.

I thought that, given that you’re working within the same motor size, these old Jetex fuel pellets were interchangeable. Not so?

No! The earlier aluminum motors (mostly the Wilmot Mansour products) used a relatively cool burning guanidine nitrate fuel. Later steel motors (made by Sebel) used a hotter burning formula with slightly more thrust. Other ‘Jetex’ pellets contain ammonium nitrate. Sometimes aluminium-bodied motors are sold with Sebel pellets or V-Max pellets. This is most dangerous! There are many sad stories of folks who have melted their aluminum motors when using ammonium nitrate pellets. The steel motors, while being able to handle the ammonium nitrate fuel, weigh more. You won't damage them with the older guanidine nitrate pellets but, since that fuel creates a less aggressive thrust, you will have a less potent, though still satisfying, performance. There is still a fairly large number of the newer Jet-X motors with matching fuel pellets out there but these never worked as well as the earlier Jetex.

Do you think that anybody will make a new Jetex motor and fuel system?

This is possible with enough resources. The motor itself is a relatively conventional and basic machine shop project (although most amateur-made examples we have seen are seriously overweight and their makers have a limited understanding of the safety features inherent in the classic Jetex designs). Making the fuel is the complex part as certain key ingredients are virtually unobtainable. It would take the efforts of an experienced contract laboratory – as opposed to that an individual chemist with lots of enthusiasm – to make it happen. Legislative concerns (licensing of premises, purchase of potent chemicals, quality control and distribution of products) would also need to be addressed.

OK … It looks as if I’ll keep my old Jetex motor on the mantle for now and get a few boxes of Rapiers to try out. Say … these cardboard tube Rapiers look an awful lot like the Estes model rocket motors that I’m familiar with. Are they interchangeable?

No! Despite their similar physical appearance, there are many important differences. Regular model rocket motors (Estes, Quest, Aerotech, etc.) burn very quickly. The duration is usually less than a second and they are designed to be powerful enough to vertically lift a model rocket straight off of a launch pad. They would simply rip a conventional lightweight model airplane to sheds. For safety reasons, ignition occurs with an electronic controller at a suitable distance from the motor laden model. These well designed products are safe to use when the manufacturer's instructions are followed. But they are not suitable – and very dangerous – for use in a hand launched model aeroplane.

Let’s turn this around. What if I tried to use a Rapier in a regular small model rocket?

Also not recommended and potentially dangerous. The model would be very underpowered and likely to just sit on the launch pad and belch smoke. If the model did happen to make it into the air (on an extremely light rocket model, perhaps) it would still likely be underpowered and possess erratic flight characteristics. A Rapier is also not equipped with a delay charge at the end of the motor burn. This delay charge on a standard rocket motor is what pops the nose cone off so that a parachute can deploy. Without it, the Rapier powered rocket model will simply auger into the ground. With a low thrust and long duration Rapier motor in a conventional model rocket, the model is likely to spend more time on the ground than in the air. This makes it more of a fire hazard than anything else.

So what sort of model is suitable for a Rapier (or Jetex for that matter)?

One of the simplest ways to get into the air is to adapt a classic balsa wood hand launched glider. Many of the vintage model shown in our Plans section are basically just that. If you have never done something like this before, this is a great place to start. More advanced modellers have successfully built scale copies of full sized jet aircraft and these are most impressive to see fly. Construction of these planes typically consist of a balsa frame with tissue covering, as you would find on a rubber powered prop plane.

Is anybody making model kits for Rapier power?

Yes, and there seem to be more showing up every day. Many are classic Jetex designs that are scaled down slightly to accommodate a specific Rapier motor. There is also a number of simple all balsa profile models suitable for a beginner in this field. Please contact us for latest availability and prices. Other manufacturers and retail sources are listed in our Links section.

I don’t know anybody who lives nearby who flies with Jetex or Rapiers. Very few of the local modellers I know have even heard of those. Is there a way to communicate with other like-minded fliers if I have more detailed or specific questions?

Yes! If there are fellow enthusiasts in your area or country, Roger Simmonds can put you in touch with them.