Where will the next Generation of Rocketeers come from?

Every organisation, well the ones I’m familiar with, like the Society of Antique Modellers, the British Model Flyers Association and the Village Tidily Winks Team,  share a grave (and I use the word ‘grave’ with its morbid resonance advisedly) common concern: “Who will carry on after we are gone?”

A trip to model flying events, especially  free flight, shows that the vast majority of flyers are either in, or are approaching, what are, one chap said, their ‘twilight years’.  Hmmm.

There is the occasional youngster on the field with granddad, but of 15-20 year olds (the group amongst whom modelling was so popular in the 1950s-1960s), there is little sign.

So are we the last free flight sport modellers, and, more pertinent to Jetex.org, the last ‘Jetex’ modellers?

Perhaps young modellers (under the age of 45) fly the splendidly cheap R/C RTF models – park flyers – and the like?  But if they are, I don’t see them.  Perhaps they are busy on their simulators, and will one day graduate from this solipsistic obsession to the real world.  We can but hope.  And that, having crashed their first real model, they don’t look for the ‘reboot’ key!

In the spirit of, “It is better to light one candle than bemoan the dark” the BMFA promotes a number of cheap and cheerful models suitable for the fledging flyer.

One of these, the Aerojet delta, might go well with a Rapier … this got me thinking: in the main, the simple Jetex kits suitable for the beginner, like the Veron Sea Hawk or Keil Kraft Shooting Star, are over fifty years old and (apparentlu) attractive only to those who remember them from their youth.  The Jetex.org ‘part kits’ are, I think, very nice, but sell only to those happy to part with a small proportion of their pension: 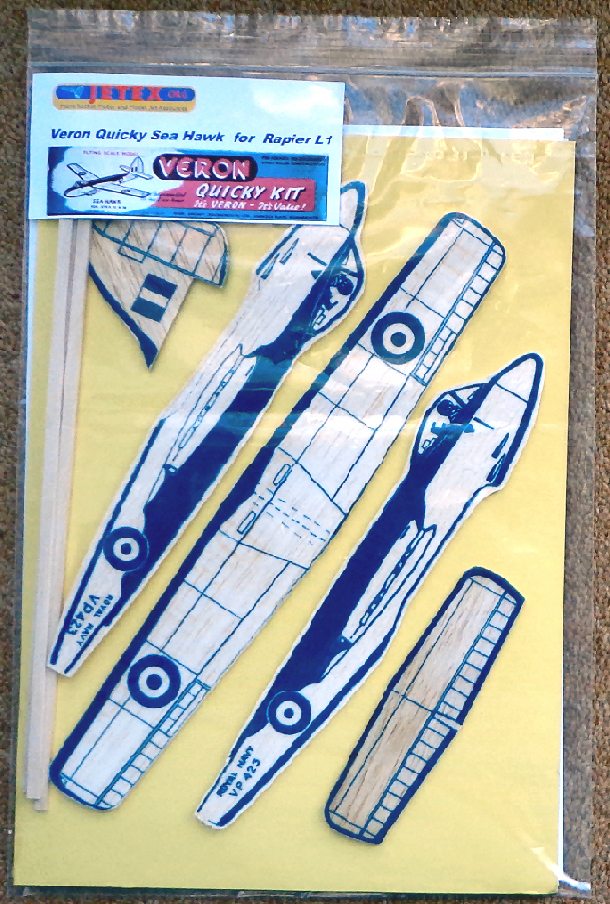 Above: the Jetex.org Sea Hawk.  It is a faithful replica of Phil Smith's original Veron 91950?) kit for Jetex 50.  Only bought today, alas, by modellers of a 'certain age'!

So to try attract youngsters I thought I might try something more colourful; a MiG-19 for example:

Above:  The prototype MiG-19, inspired by the Japanese Tiger kit of 1958-1960. It is more modern than the Sea Hawk, but will it still be seen as desparately old fashioned?

I then thought, what else is out there likely to attract the young Jet Jockey?  Jason Wentworth, similarly concerned to evangelise modelling in general and rocket flying in particular, sent me examples of a little chucky popular in the US that he thought might just be suitable for an L-1: 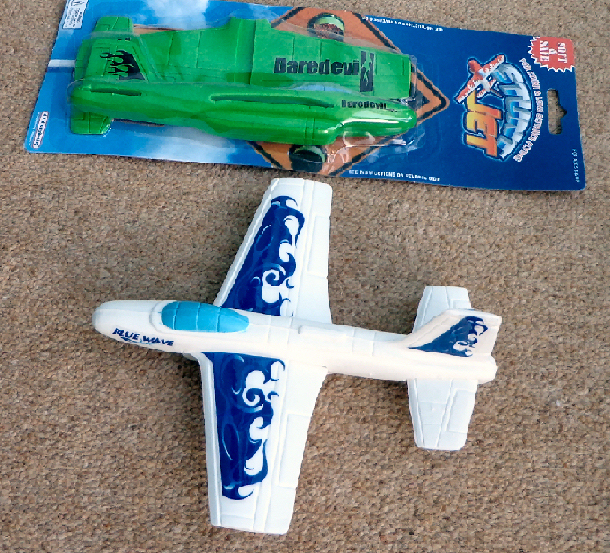 Above: readily available in the US, Jason thought these near-unbreakable chuckies might go well with an L-1. Perhaps, though they are a trifle small.  Could be a lot of fun, though.

Perhaps, I thought, there are some more suitable 'quick and easy' models  out there?  A quick survey of the giganormous Hobby King site  came up with a few suitable  candidates: 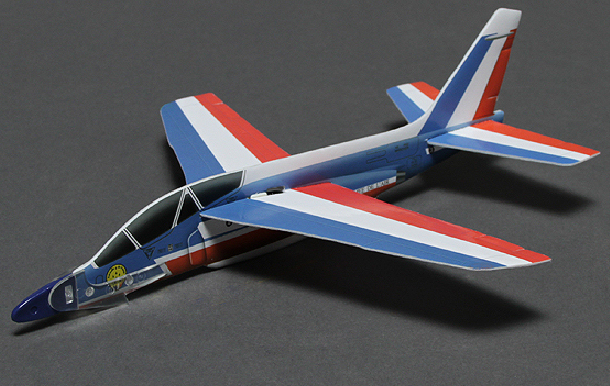 Above:  Hobby King's all Depron Alpha Jet.  At only a few ponds I expect they sell well.  But will the young jet jockey graduate from this to something a little more challenging? 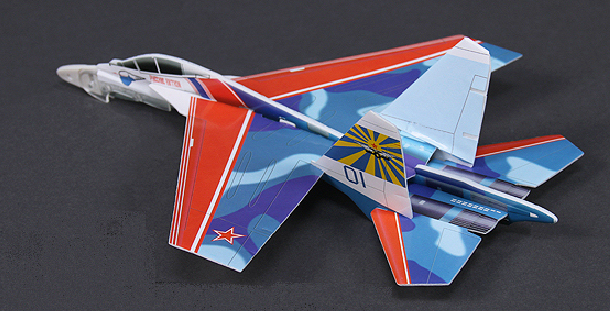 Above: Hobby King's SU-11.  An exciting model, and at just a few pounds (though don't forget the tax and the (quite steep) postage) it costs less than the kits available on Jetex.org.

OK, and according to my friend André Bird the Hobby King jets  can be rocket powered, given a bit of serious ‘fettling’ (his Raptor needed two Rapiers mounted atop!): 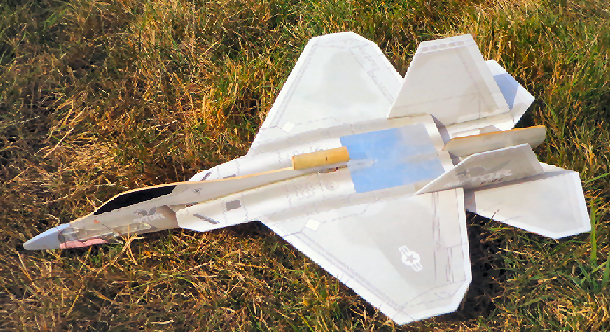 Above: Andre showed off his adaptations of the Hoby King F-22 Raptor and F-18 at the 2014 Peterboro Flying Aces.  He says they do fly (though he declined to do so in the wind we had) but are more than a little tricky to trim.

And this is the point worth emphasising.  I can produce an Alpha Jet nearly as tasty looking as that offered by Hobby king: 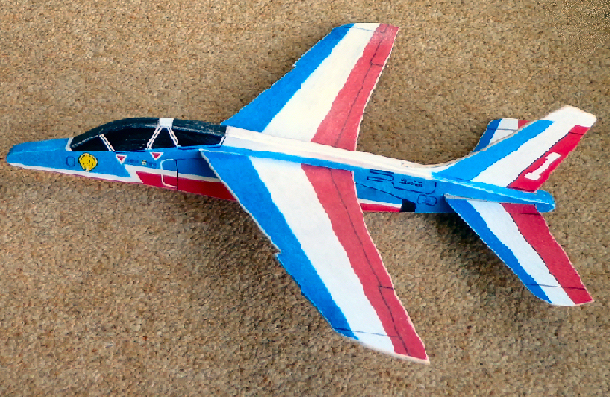 Above: My prototype (and unfinished) Alpha Jet.  Being all-balsa  the flying surfaces are very stiff, and trimming with a Rapier L-2 should be straightforward.

It does, of course, need more 'building' than Hobby King's models, but it will (I hope) fly in a fast and in a smoky way with a Rapier motor ‘off the shelf’. This justifies the asking price, but will the punters see it that way?

To conclude: has  anyone else out there attached Rapiers to Hobby king’s products?  And finally, how can the joys of Jetex and the rewards of Rapiers be evangelised to the next generation?  Any thoughts?